Where Angels Sing is a gritty crime thriller that picks up where Spoilers left off.

Detective Benjamin Wilke has tried to get over the murder of Poppy Montague.

Montague was killed during an operation to take down a weapons trafficking conspiracy almost a year ago, Wilke was only minutes too late to rescue her. He was the first to find her lifeless, abused body and he was powerless to do anything about it.

Wilke’s only lead in an off the books investigation vanished before his eyes. He’s lost, no leads, no direction, just boiling anger, and festering rage. Little does Ben Wilke know however that his actions have drawn attention. The cabal he hunts is deeper and broader than he could ever have imagined, and they’ve decided he’s a threat. Will he realize he is being hunted before it’s too late?

Alex and Charlie were brothers born of blood and violence during the battle of Fallujah. Then they came home and became cops. Charlie couldn’t let go the adrenaline rush of the battlefield and it showed on the street. Always looking for a fight, he went dark, crossing the line one too many times until he went so far even Alex couldn’t bring him back.

That’s what Alex thought anyway until a terse message lead him into a gunfight and a recording Charlie left him in case the worst happened. Turns out Charlie hadn’t gone dark, he’d gone deep undercover and sacrificed his entire life to do so. The worst has happened, and now Alex has to save the life of a man he’s written off. As much as he doesn’t want to admit it, the sad truth is brothers are brothers. Alex will run the gauntlet through anything and anyone to save the life of his brother. Then he’ll kill him himself.

Brother’s Keeper details to what length a man will go to save the life of a friend. This fast paced crime thriller also illustrates the dark often hidden reality that is human trafficking. 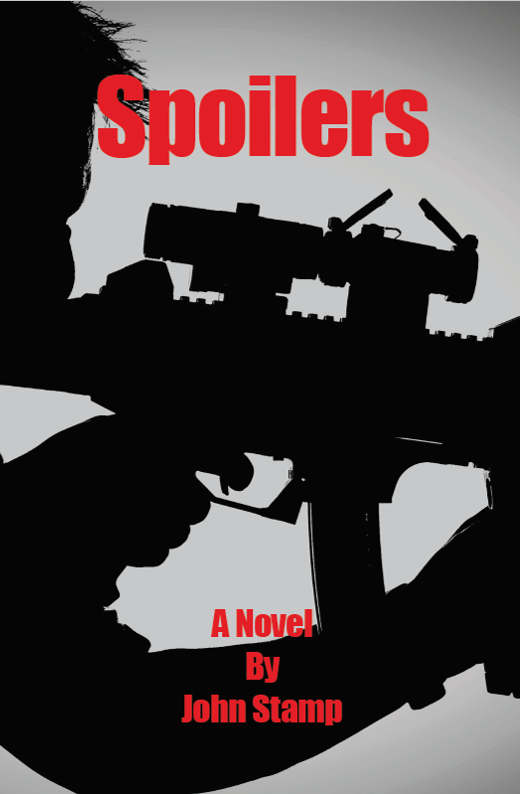 What happens when a clandestine group of politicians and intelligence operatives run prototype weapons through Lieutenant Peter Bank’s jurisdiction? Nothing, they’re clandestine, no one knows they exist or what they do… Right? Correct, right up until one of their prototype weapons turns up at a drug bust, along with a congressman’s son who likes to moonlight as criminal elite.

The paperwork on the arrest is not finished before an army of politicos and local executive pressure comes down on Banks and his narcotics unit like a thousand year flood. Everyone wants to make the arrest of a prominent politician’s offspring go away, even Bank’s own Chief of Police. Normally that wouldn’t be a problem. Most cops follow orders from the chief, most cops have a stake in their careers.

Peter Banks has been burned before by political fixers who seemed to think the various strata of society are not all created, or treated equally under the law. Banks also has a team behind him that would follow him to hell and back if it meant getting the job done.

From an exclusive island off the coast of South Carolina, the mountains in the upstate, to the gutters of Charleston, SC Banks and his team will charge through mercenaries, assassins, and their own hierarchy to see justice done; and they will do it at terrible cost.

Spoilers details what happens when a determined police unit puts service and doing the right thing above themselves. It is a fast paced, intricate, and explosive read that leaves the audience exhausted and begging for more after the last page is turned.

Jackson Cole is a newly minted homicide detective thrown head first into the grinder when he is ordered to investigate the grisly murder of three women, each adorned with seemingly occult symbols.

The press is stirring up a killer cult frenzy in the media. The mayor, the Chief of Police, and Cole’s Captain want results to calm an increasingly fearful public; and Cole’s supposed partner is nowhere to be found. It’s just another day at the office until a stranger shows up spouting a wild theory: blood magic.

Cole won’t even consider it. There is no such thing as magic, no such thing as voodoo; and there are no demons roaming the Charleston Peninsula. There’s always a rational explanation for the evil humans commit upon one another.

Then a demon tries to take Cole’s head off.

How do you stop a supernatural evil, something ancient and unencumbered by the laws of either physics or man? Especially when all you bring to the fight is a pistol and a pair of handcuffs.

If Jackson Cole wants this case to close, he will need to open his mind to a world of the impossible. A world he never knew existed, until now. Then he’ll have to survive it.

Otis studied the random severed limb for moment, “You ever miss the good old days, dope and drive bys…?”

You catch one strange case and suddenly they call you the Freak Police behind your back. If the case is even remotely weird Cole and Otis get the call. Now they find themselves in a vacant lot staring at a forearm.

Fingerprints give them a name. Hardnosed police work generates a suspect. She’s a witch, so was the guy who’s forearm sits in a cooler at the coroner’s office. The witch says a hellhound killed her friend. And its hunting the homeless of Charleston.

Any other two detectives would laugh at a story like that. But Cole and Otis have faced the supernatural before. It almost killed them.

There’s a reason they call them Freak Police.

But can they face the darkness again?

Wraith of Sheltermount is Die Hard in a castle. It is guerrilla warfare in a walled city. It is a study on how one makes the choice between sacrifice and survival.

Draven Highfall, Heir to Allomar, a land within the joined states of Vidinar, is a pampered, overindulged, self-centered noble who has no idea his house and his name were the first casualty in a civil war. He has ignored his duty, preferring a life of fancy to one of service. When partisan invaders take his fortress in a bloody attack, he has to make a choice: run or fight? His sentry force is destroyed, his family killed or captive, he is left alone to decide the fate of his name and his house.

Coinciding with the struggle in Allomar, war has thrown the capital city of Knotting Gulf into chaos. An insurgency fights the takeover of Vidinar, fighting within the confines of the walled city. Thena Attonberry, a Marshal of Allomar, along with others, fight hard and fast but they do so under an ever tightening net of deadly partisan swords.

Wraith of Sheltermount is a fast-paced ride that stands the fantasy genre on its head. It is also a study in the psychology of fear, and the balance of one’s self against the greater good.

Blood Red Ivory is off to a great start!
Both are water. I really wanted to ask what he was thinking. But he was also quiet so…
Blood Red Ivory, “He’ll have to survive this case to solve it.”
How do you celebrate the opening week of Blood Red Ivory? With minor league hockey and beer.
Had a great afternoon with @scottkafka talking books on an episode of @livelycharleston . Thanks for having me on. Hope to do it again.
Amazon nailed it on the recommendations email today.