UN fraud investigator Valentin Vermeulen is on assignment in Maputo, Mozambique. His ho-hum task is to see if Global Alternatives is spending UN money the way they promised. The nonprofit was set up by hedge fund mogul Vincent Portallis to revolutionize development aid. The only upside for Vermeulen is the prospect of seeing his lover Tessa Bishonga, who is reporting on foreign land acquisitions in Africa.

When Vermeulen notices that a five-million-dollar transfer has gone missing, he is given the run-around. First he is told the files have been mislaid, then stolen, then he is assured that the money was never transferred to begin with. But the money was transferred, so where is it now? Vermeulen’s dogged pursuit of the missing transfer makes him the target of some ruthless operators. And once he meets up with Tessa, she is inevitably sucked in to the story as well, which turns out to be far more nefarious than either of them imagined.

Illegal Holdings is available in all formats. Here is an excerpt: 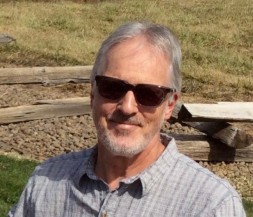 Michael Niemann grew up in a small town in Germany, ten kilometers from the Dutch border. Crossing that border often at a young age sparked in him a curiosity about the larger world. He studied political science at the Rheinische Friedrich-Wilhelms Universität in Bonn and international studies at the University of Denver. During his academic career he focused his work on southern Africa and frequently spent time in the region. After taking a fiction writing course from his friend, the late Fred Pfeil, he switched to mysteries as a different way to write about the world.”