The other night I discovered something that Marvel and the creators behind Thor have missed: Thor is living proof of a deity.

I was cooking dinner when my five year old showed up slinging his Mjolnir (Thor’s Hammer). I asked,

“Hey Thor, want to help with dinner?” I got the usual response.

“No I’m just playing, Can I have Thor God of Thunder song?”

There is no greater pride a parent feels than when a child asks for classic rock. I am quick to respond, “Absolutely!”

Thor God of Thunder song is actually Immigrant Song by Led Zeppelin. Let me be up front here and declare I have had this song in my workout playlist for a decade or more so I didn’t download it because of a movie. Although when you look at Marvel movie music there is an argument to be made that Led Zeppelin might be the new AC/DC. I would say with confidence that Iron Man would not have been quite as cool if is wasn’t for the judicious use of AC/DC throughout the series of movies. Though I thought Thor Ragnarok was a great movie, the same argument could be made that Ragnarok might not have been Ragnarok without Immigrant Song as the backdrop to Thor beating the crap out of a bunch of demons. Additionally, when was the last time you saw an action flick that didn’t have an AC/DC track somewhere in either the trailer or the film itself, just saying. Robert Plant and the boys might be seeing a boost in their royalties soon.

The point I had when I started this bit of word vomit was that I had an epiphany while cooking dinner and praying Thor’s hammer did not go through the tv. Thor is living proof of deity in the Marvel universe. Now if we allow that the Marvel universe is societally similar to our society then wouldn’t him showing up on the world’s stage fighting aliens in Avengers have been a bit disruptive to society. I mean not only do the big three religions all fight (literally) to convince the rest of us heathens that their dogma is “the way.” But how many other sects and systems are out there that think their own deity, whatever that may be is the only path to salvation? Then all of a sudden here comes a hero out of Norse mythology, Thor, the God of Thunder standing in the middle of New York City swinging a giant hammer.

Picture yourself as some pastor, or Imam, or even the Pope himself sitting around watching Fox News as they interrupt a hoverround commercial to bring breaking news. “Alien Invasion: New York” is the headline and then whichever religious leader seems most entertaining in your head (for me it’s the Pope lounging in his robe lint rollering a massive hat but then again I’m Catholic so that makes sense) He leans forward in his big stuffy chair and sees a God standing with Captain America in the middle of Times Square. He doesn’t see the big alien dragon looking things flying around, he only sees the worlds first proof of deity fist bumping Cap and flying off screen under a swinging hammer. I can only think his first thought is, “Merda!” [“Shit!” in Italian].

World religious leaders around the globe are all realizing at the same time that their collection plates are about to run dry. All accept the Asatro (that’s right there is still a religion that believes in Odin and Thor) and those guys leap up and dance a jig, “I knew it!” they scream.

Iron Man nukes the aliens and the dimensional gateway is closed, cool. But what about the 84% of people whose guiding life principles just went up in smoke, or more accurately, a lightning bolt?

Thor, chillin and eating falafel (the after the credits scene in Avengers [Spoiler, sorry]) is going to be a real problem for people. Here they were arguing about the bible and the koran, and the torah only to find that the Scandinavians had it all right. What the…? That effect on society is something overlooked by Marvel et al.

Good news though. In the event Thor was to show up and save the world, Santa might get a second look. As far as I know he was adopted by Christianity as a way of absorbing some of those “heathen” religions on their way to world domination.

Now all of a sudden the powers that be find out that Norse mythology was the one…and they missed it. I can only picture the Westboro Baptists protesting Thor’s hair while a bunch of ISIS guys try to blow up Avenger HQ.

What do you think the Asatro head honcho would do during his first press conference? I like to think he would play it really cool. Shrug his shoulders maybe and say, “Told ya,” drop the mike and walk off stage.

Anyway, that’s all I got for today. But hey Marvel, maybe something to look into.

As always don’t forget to check out my work on Amazon or any other bookstore. My newest novel Where Angels Sing is on sale now. 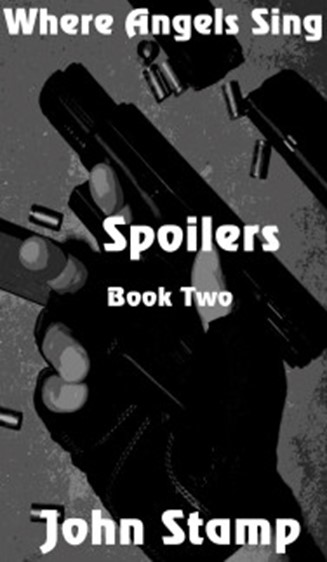