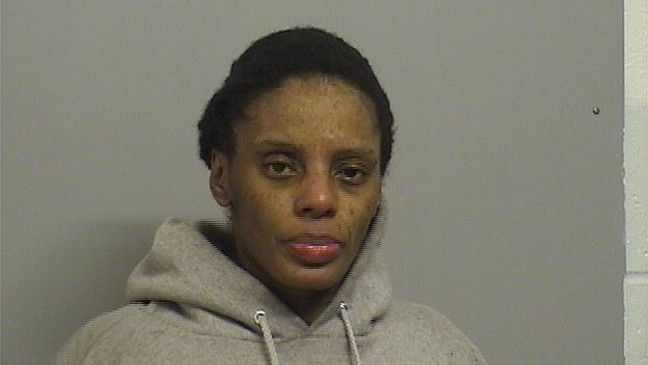 “TULSA, Okla. (KTUL) — Tulsa police said a woman is in jail after Cheeto residue on her teeth linked her to an attempted home burglary.

Police said on Feb. 26 patrol officers were dispatched to reports of a person attempting to force their way through the window of a home near 51st and Sheridan.”

I took some liberties with this one.

The responding officer (RO) arrives on scene where a homeowner just reported a burglary. The two are standing in the center of her kitchen while she tells him what happened.

“We just sat down for movie night. We were watching Raya, that China, dragon movie. It just started when all of a sudden there’s this woman in my kitchen. She’s goin’ through my fridge!

I say, what the hell are you doin?

She doesn’t say nothin. Takes a bottle of water from my fridge and a bag of Cheetos, the puffy kind not the skinny kind, the puffy kind are way better. She grabs the Cheetos and walks to the back of the house.

I grabbed my boys T-ball bat and started callin you all. That creeped me the f*&k out.”

The homeowner gestures to the back of the house,

“She might be back there still, I don’t know,”

RO speaks in a clear, confident voice, “I checked the rest of the house ma’am, there’s no one back there,” he consults the notes he has so far.

“You sure nothing was taken, ma’am?” he asks.

“Not that I can see,” the homeowner answers.

The officer nods and notices the Cheetos and the half empty bottle of water sitting on the counter in front of him. He found them sitting under an open window in the back bathroom. He smiles, “Well, Brightside, at least she didn’t get all your Cheetos right?”

The homeowner cocks her head to the side and her eyes go wide, “That supposed to be funny?” she asks plainly.

The RO’s smile fades. He clears his voice, “Can you describe her for me one more time?”

Three minutes later the RO is back in his cruiser. He makes a mental note that his next complaint will not be a use of force beef, and that his jokes suck.

He advises dispatch that he’s 0-8 (available for call) and rolls the neighborhood. You never know, he thinks.

Ten minutes later RO’s on his way out of the area when he rounds a curb to find a pedestrian matching the description of his burglary suspect. Female, grey hoodie, and black pants. A woman matching that exact description just froze in mid-stride as he approached. In his headlights he see’s the woman’s eyes are wide as saucers.

Being the opposite of nonchalant, the woman continues on her path, her head buried in the neck of her hoodie. She refuses to look at the patrol car.

The responding officer stops twenty yards from her,

“Dispatch, I’m out with the possible suspect from the burglary I just cleared. We’re at Easterling and Filmore (Made up streets).

She continues walking slowly toward him, her hands buried in her front pocket. She’s trying not to look at him.

RO puts his flashlight on her, focused on her hands, “Evening,” he says, “Mind taking your hands out of your pockets miss?” he asks.

The woman complies, slowly raising her hands for him to see,

“What seems to be the problem officer,” the slur in her words do not go unnoticed.

RO closes the distance on her, coming in on her left flank, “We had a break in down the street. I’m asking around to see if any one saw anything,”

“I ain’t seen no one officer,” she says squinting in the light.

RO smiles, “I haven’t even told you what I’m looking for yet,” he tells her.

The woman smiles a little too, just the twitch of her lip, revealing bright white, well not quite white teeth.

RO can’t help but notice a bright orange smudge coatingthe top of her teeth. That observation leads to the recognition of similar orange flecks in the delicate hairs of her upper lip. A stroll of the flashlight down the front of her hoodie reveals three long, extended smears of consistent orange powder. She’s still grinning, which RO takes as a good thing, but her eyes plead for a lucky break.

RO leans back on his rear foot and studies her for a minute.

“Like I said, we had a burglary in the area,”

The grin on the woman’s face waivers but holds on. Her expression is hopeful, but her eyes question every millisecond.

It’s a struggle for the RO to keep his voice steady and his expression stoic, “Miss?” he asks,

“Sharon,” she answers with a nod and a glint of hope in her wide expressive eyes.

“Sharon,” RO says with a quiet but business-like inflection, “If I told you, it-ain’t-easy-bein-cheesy, what would you say?

A panicked giggle escapes he lip. RO covers his own excruciating need to laugh with a pseudo-cough. The two are in a standoff now, who’s going to crack first?

Finally Sharon asks, “I had it in my teeth?”

RO nods slowly as he pops his handcuffs from his belt, “You had it in your teeth,” he tells her.

Hey #BlackFriday Nothing says #MerryChristmas like demons, witches, and a homicide investigation https://amzn.to/3xr8o0Q
@valhalla.books HOLIDAY SALE! Shattered Circle and Acquisitor.99 cents!
I got a new spot https://bingebooks.com/author/john-stamp
How’s your Sunday going?
#happyveteransday
Love getting reviews, and Wraith took a monster amount of research: